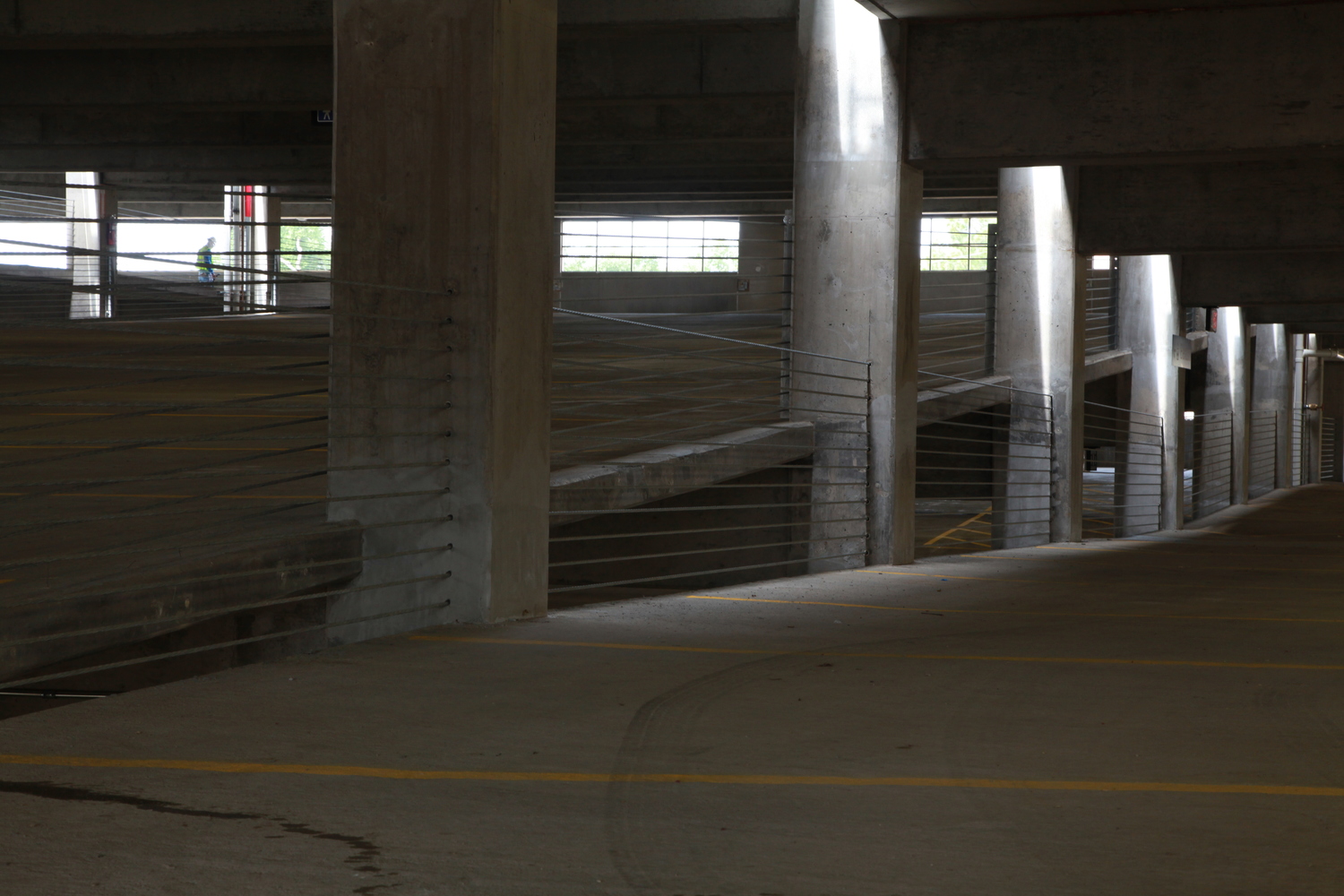 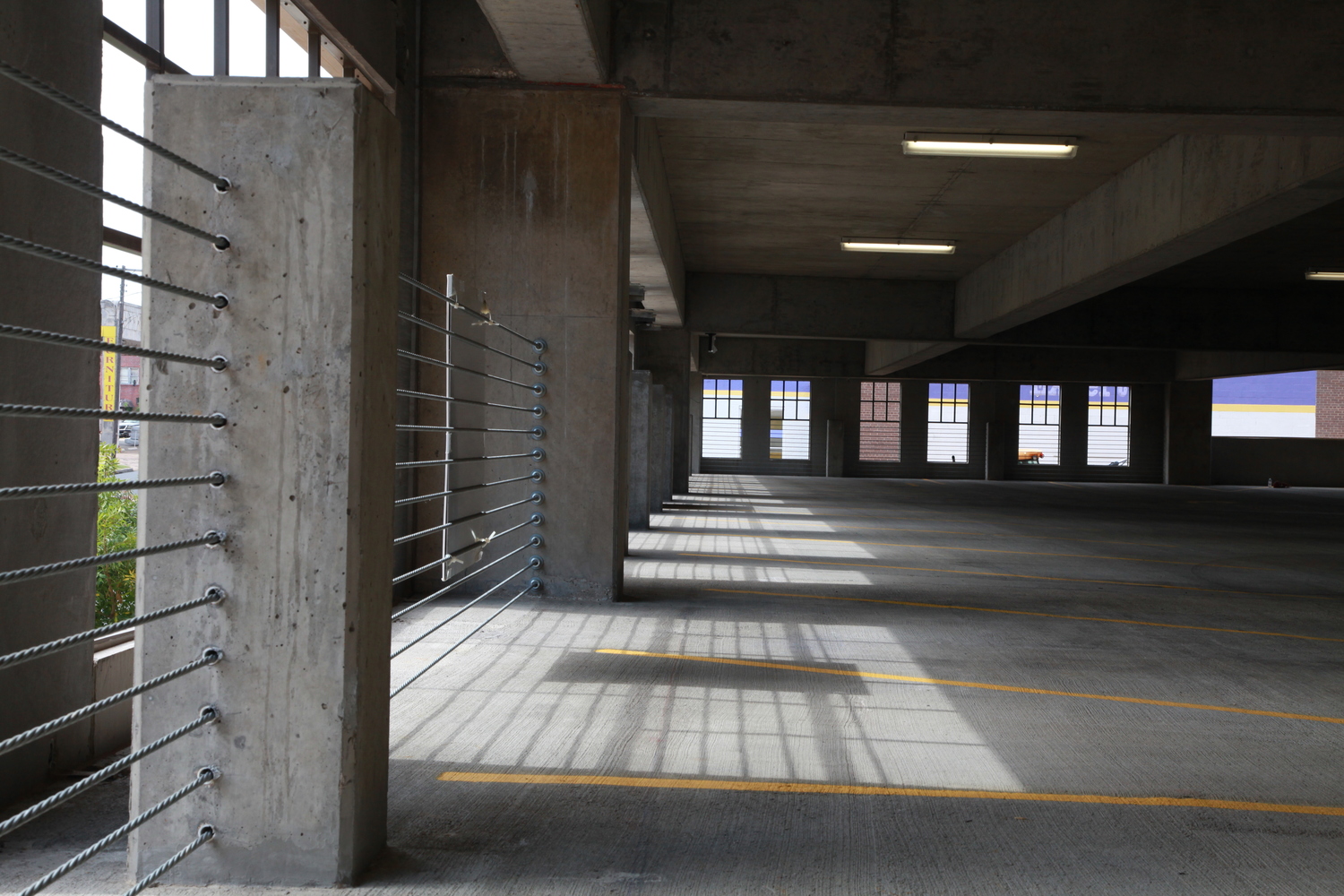 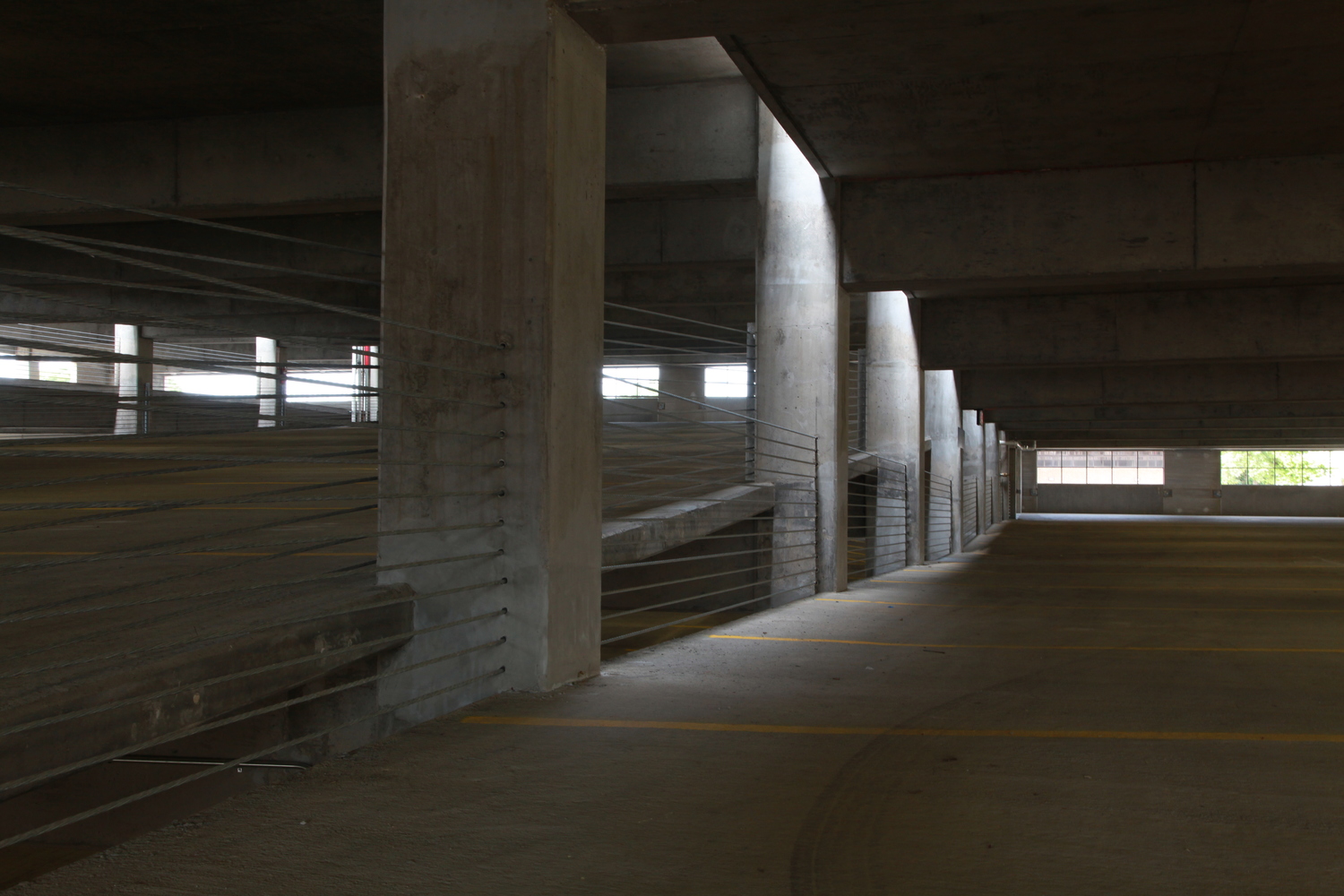 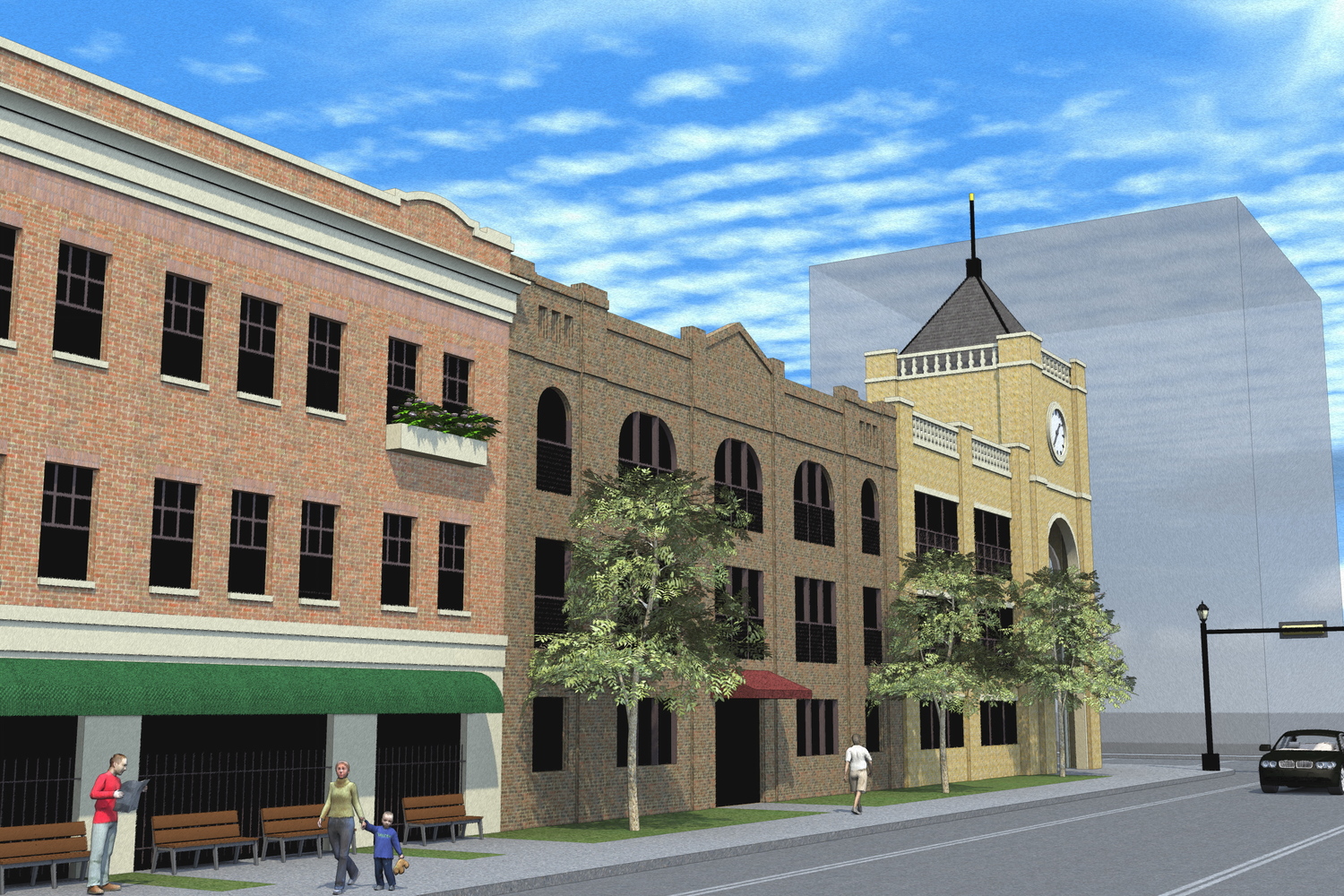 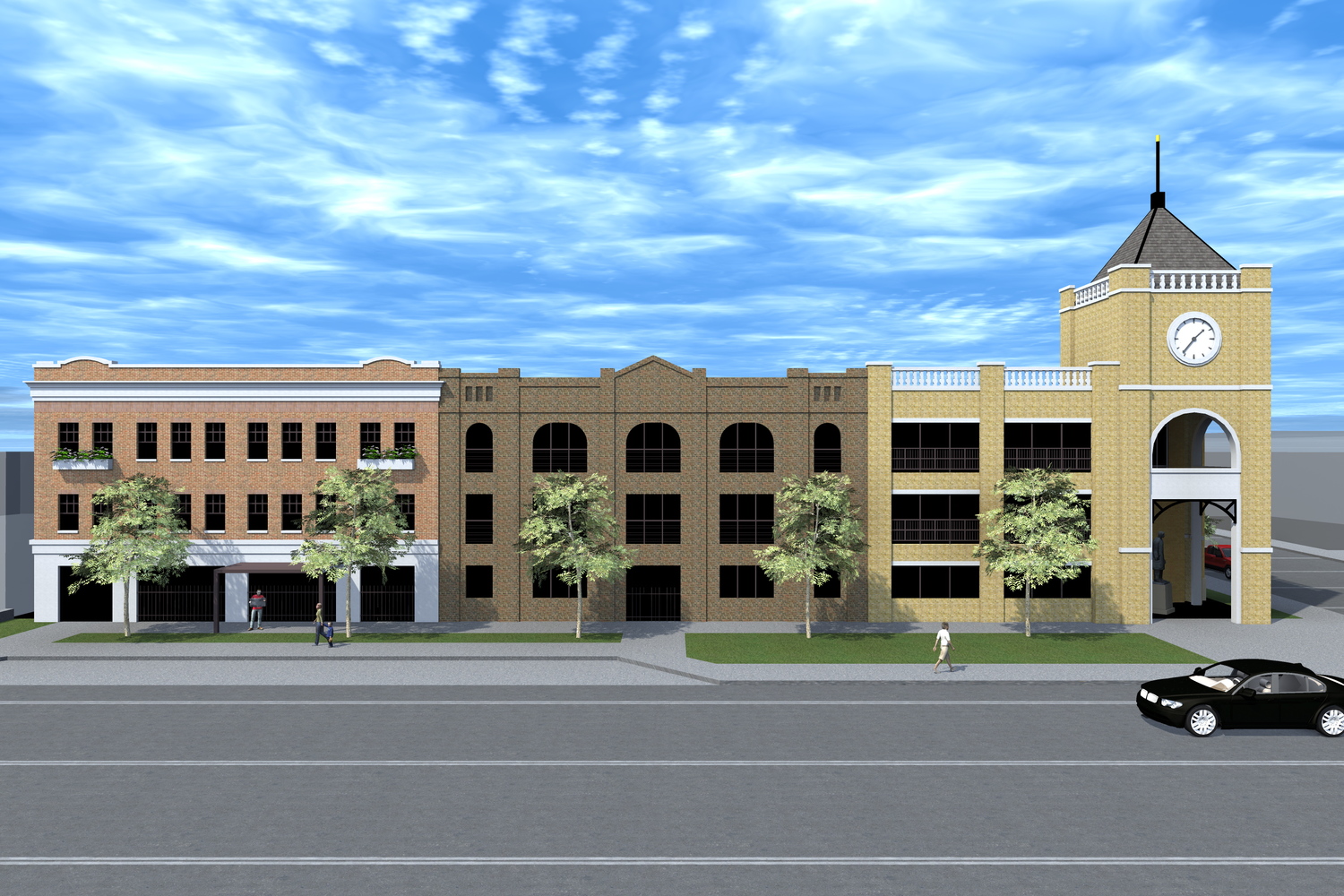 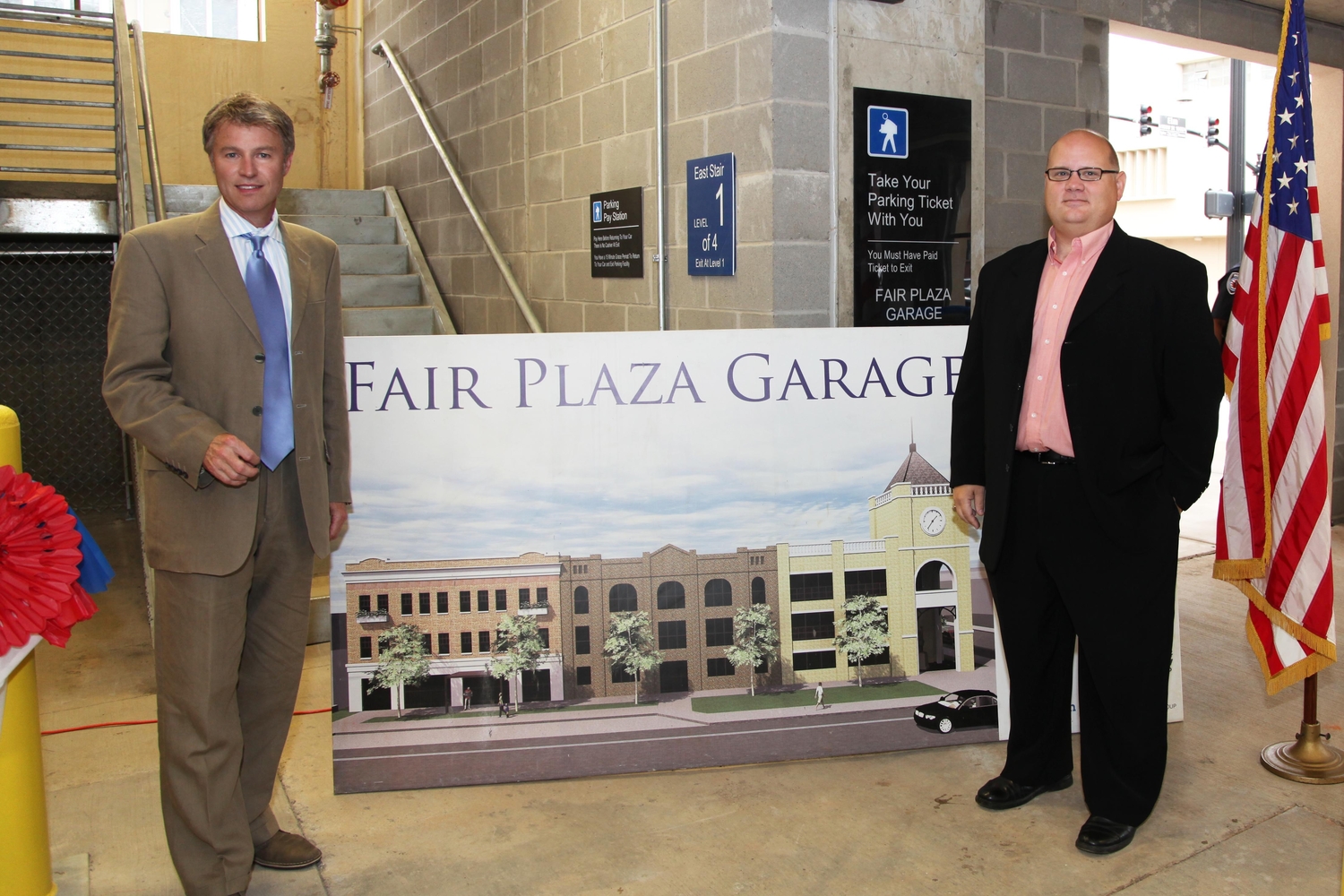 The City of Tyler determined a parking garage was a key component to the continued vitality of downtown. The Fair Foundation has been a long time supporter of Tyler and downtown for many years. Their contribution of this property fit perfectly with the city’s plans for additional parking. Its location on Broadway is great for easily identifying downtown parking. The location also created a challenge to the goals of visual improvements to the streetscapes in downtown. The city tasked Butler Architectural Group with developing a design that disguised the structural components of the garage.

Butler Architectural Group completed a lengthy facade study to determine the architectural appearance appropriate to the location. Butler’s goal with all their projects is for it to be grounded where it is located. Our studies circled around until an idea to represent buildings from the past that were in downtown. Citizens of Tyler who remember downtown will notice sections of the façade that resemble the Blackstone Hotel and Tyler Commercial College. This historical representation makes this garage specifically unique to Tyler.